According numbers published by the Energy Information Administration, California added over 41 thousand new net metered customers in 2012.  This is more than the next 10 state combined.

According to the EIA

“California – California’s net-metering law originally took effect in 1996 and applies to all utilities except Los Angeles Department of Water and Power. The law has been amended numerous times since its enactment, most recently by SB 489 in October 2011, which extended net metering to all technologies eligible for the Renewables Portfolio Standard” 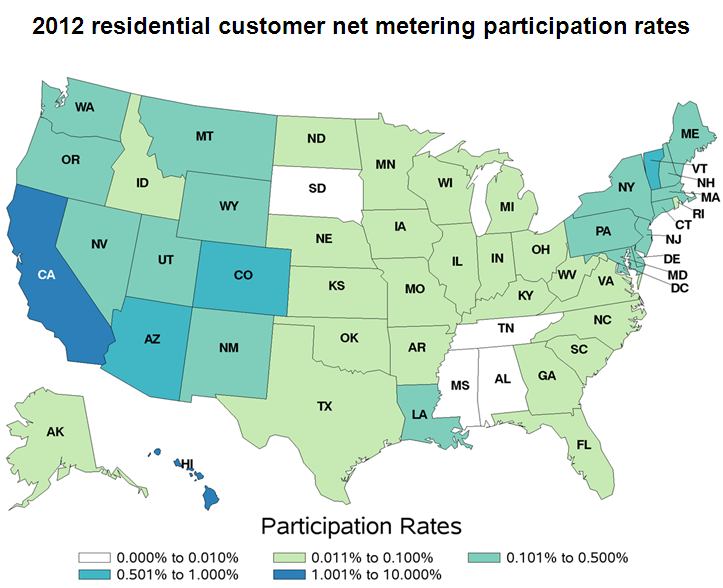